Starting around 2016 it seems, the trend of calling the current year a dumpster fire really kicked into high gear. It carried on to 2017, 2018, 2019, then sorta faded from common use, either because people were sick of hearing it by then or because they realized the truth: When a whole calendar year is an actual dumpster fire, it doesn't have to be announced. 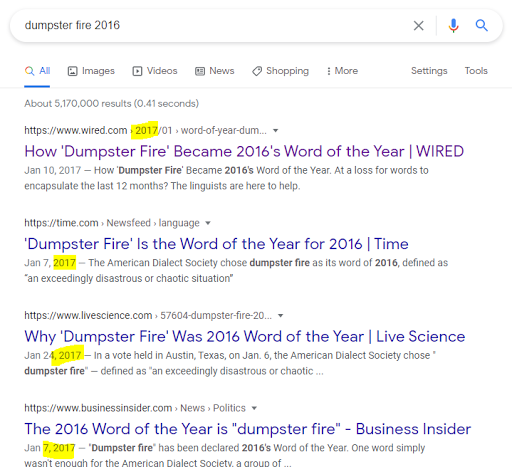 I sincerely hope the scholars of disaster and erudites of historic calamity who deemed 2016 to be any kind of landmark for atrocities have kicked their own asses. Then again, what have facts ever had to do with propaganda? I'd wager there are opportunistic graphic artists out there already fashioning the "2021 Dumpster Fire" tee shirt.

*Please note, that is not me calling the year 2020 a dumpster fire. I, for one, have observed the consequences of tempting fate.

**UPDATE January 6th: I hate eating my own words.

In 2015 when I published A Sawmill's Hope (ASH) I set some goals and determined I'd reevaluate this path by the end of the year 2020. I'll spare you the details but here we are, with me having released nothing since then. Still relying on day job. Silexare not having grown but probably shrunk, as far as public awareness goes. Maybe I should listen to the haters that tell me "stick to the grind" and "leave hobbies as hobbies."
No. Turns out I'm only more passionate about building Silexare. The show must go on. Major goals at this moment for the next three years: Finish this book and the next one, completing the series. Build Schala.

-I spliced Turesia books 1 and 2.
It really is V&V at this point and pre-edits it clocks in at around 275,000 words, or around a thousand pages. This is the opposite of a smart business move for an independent author. They typically build a career by dropping a bite-sized book a year, if not more than one. Too bad I'm stupid.

-I reached out to a publisher.
I'm not naming them here yet because who knows what the future will hold. Some time ago I met the owner/operator of this particular hybrid publisher. Knowing I plan to be the 'general contractor' of my book's publishment, I really savored the idea of hiring a 'handyman' to whom I could outsource more than one of the duties. In this case, that would include marketing, promoting, editing, printing, distributing. I've already purchased cover art from the one and only Felix Ortiz and it is a goshblamned shame I can't share it with you yet.
Anyway, I had some good talks with the publisher and he asked me to send him my manuscript. I couldn't yet. It wasn't ready but I told him I would as soon as it was. Well on October the 16th, or about 1.5 years after our talk, it was ready so I reached out again. That was 3 months ago.

-So I reached out to an editor.
I can't wait on someone else to grant my book a pass. I learned this with ASH over the course of a year. Luckily it only took me since October 16th to relearn it.
I found an freelance editor (putting it lightly) on Twitter and reached out. This individual has been in the industry for a long time in various positions. As an agent he's recently acquired and sold some novels that I not only like, but that have a similar target audience as V&V. He can be found in various interviews online discussing his priorities when acquiring a book. He claims he can know as soon as page 1 whether he'll want it. He values voice, which as far as I'm concerned is the most important quality a book can have.
I think he'll be a good fit. It really helped sell his services to me that he responded to my initial email within 5 minutes. His timeframe, price, and the subject matter he'll produce are all within reason. We speak again January 4th.

Otherwise, I'm still editing, or at least tinkering. We're down to about 9,000 words of notes and some of those are older than the story itself. It just sucks when any three of them (for example "Outlaw vs mercenary") can potentially consume a morning to resolve.

The time will come I can tell you all about Schala, in whatever form(s) she eventually takes. For now, let's stick a fork in this turkey before she becomes a cow.

Happy New Year. Eat vitamins and exercise your bod in some fashion every single day. Drink a ton of water. You made it to 2021. Now survive it.