I hadn't been woods'ing in a while. Not with my brother Evan and my son Donavon and Jax the dog, anyway. So we packed machetes, knives and raw ground beef and hit the woods near the Broad River. 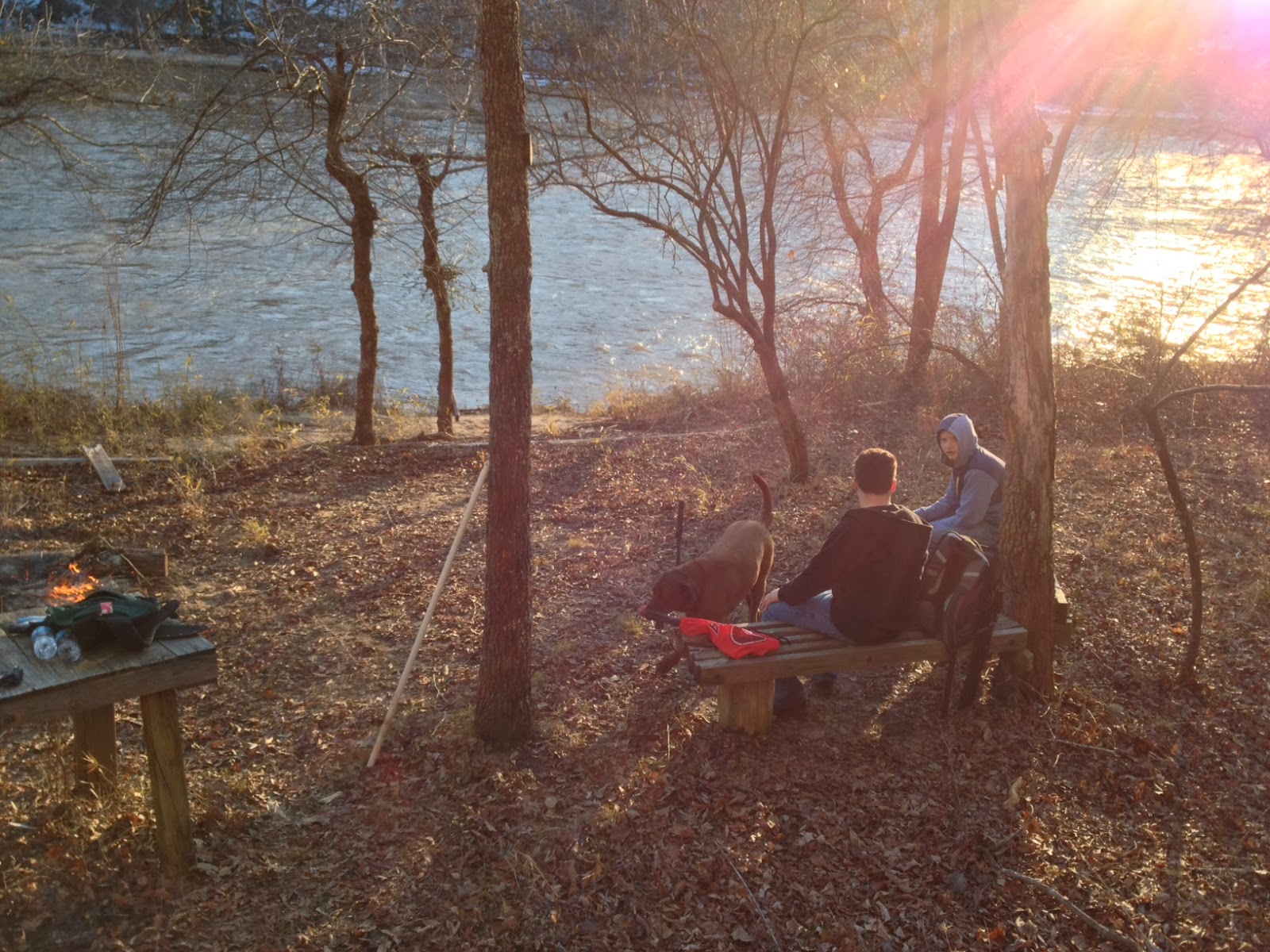 Within the forest, some really big trees had fallen. Some had fallen because others fell against them. Yet others had simply fallen. Not because they'd died. Probably because of a particularly strong wind. 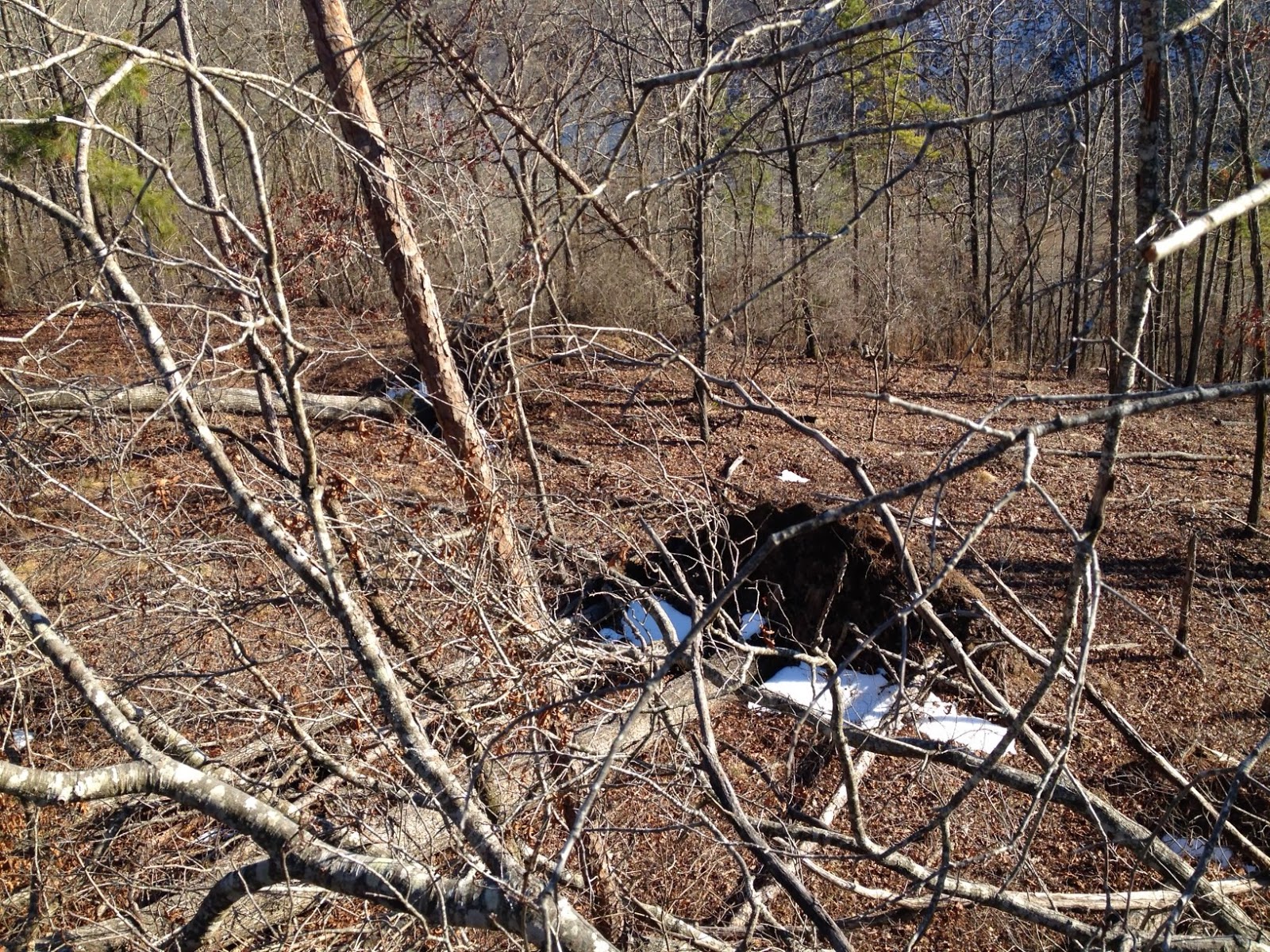 Upon seeing a stretch of Five of the fallen trees, my gut reaction was sadness. So many trees, all so tall, so majestic. They were so old, had seen so much, they made up so much of the forest. They had offered so much to the forest, contributed so much... in the past. 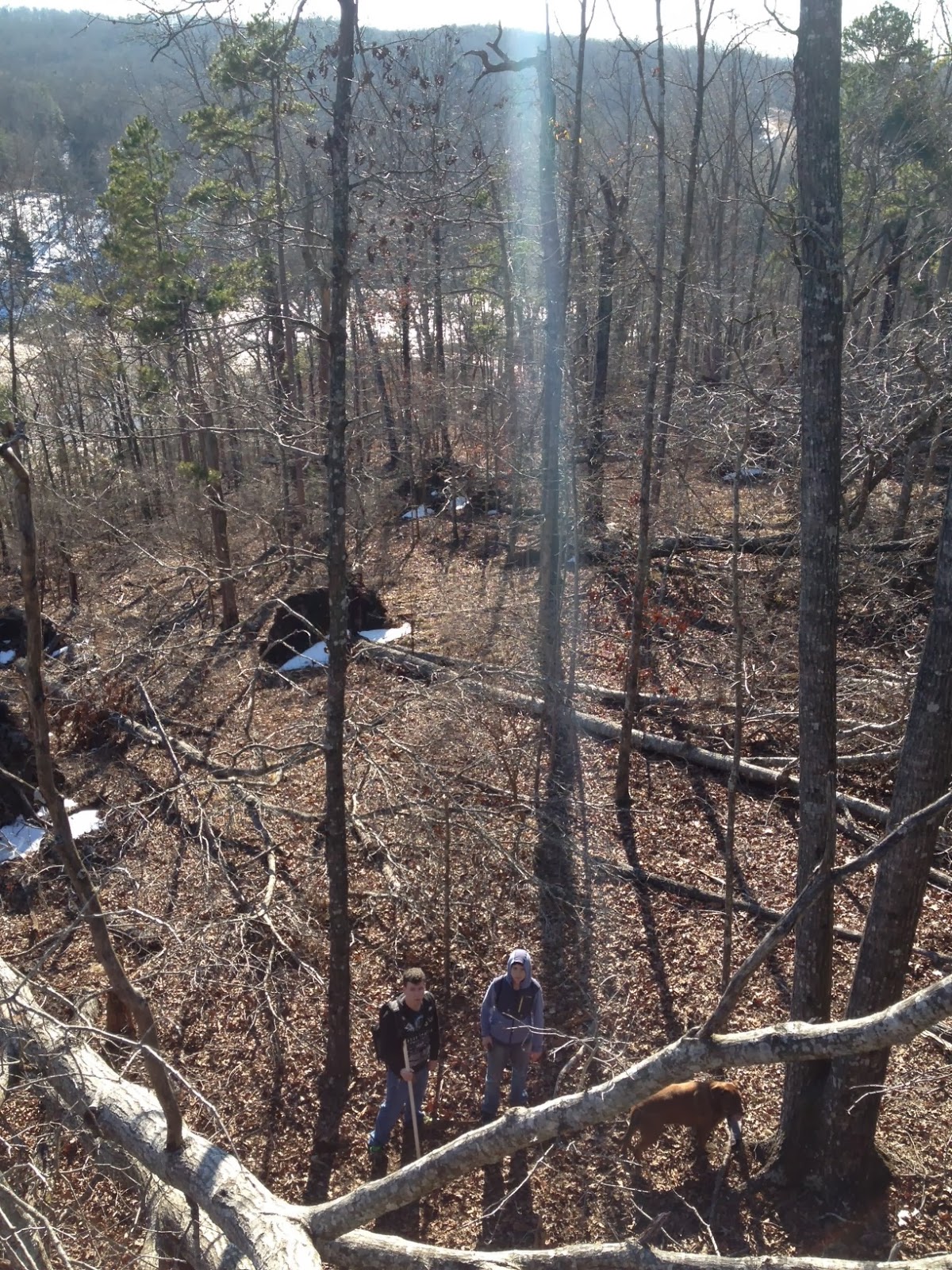 But lying on their side, these Five trees were much easier to climb. And once I'd climbed one I discovered a view of the forest I'd never experienced. I could see for miles. Down the massive hill, across the Broad River, up the slopes on the far side that still wore snow and out over a pasture I never even knew was there. 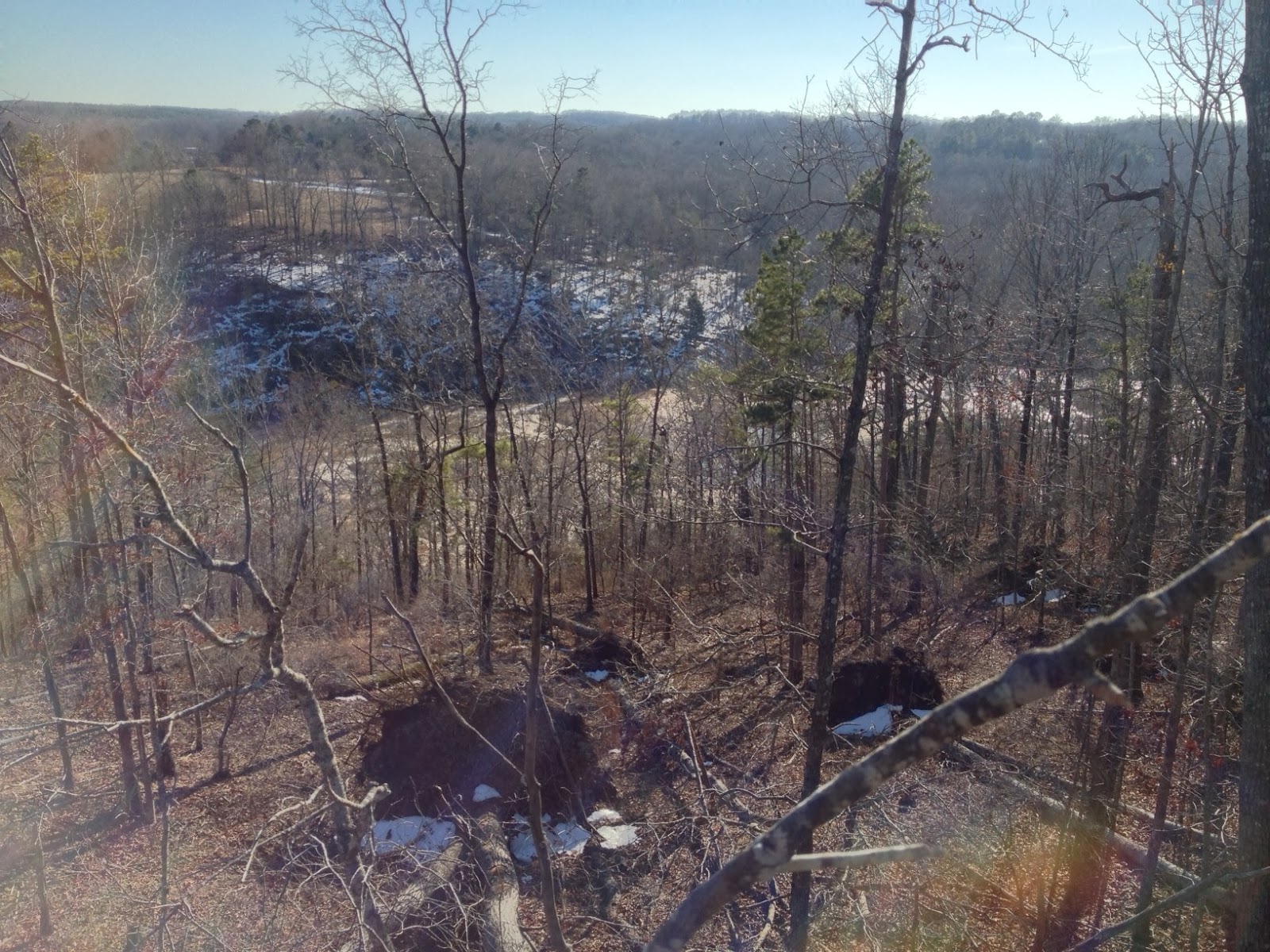 It was in those newly accessible branches that I had an epiphany.

It is sad that the Five big trees fell. When they did, they took down others with them. Others whose only crime was to exist in their vicinity... in their shadow.

But the bigger the hole that is left, the greater the chance for new life. 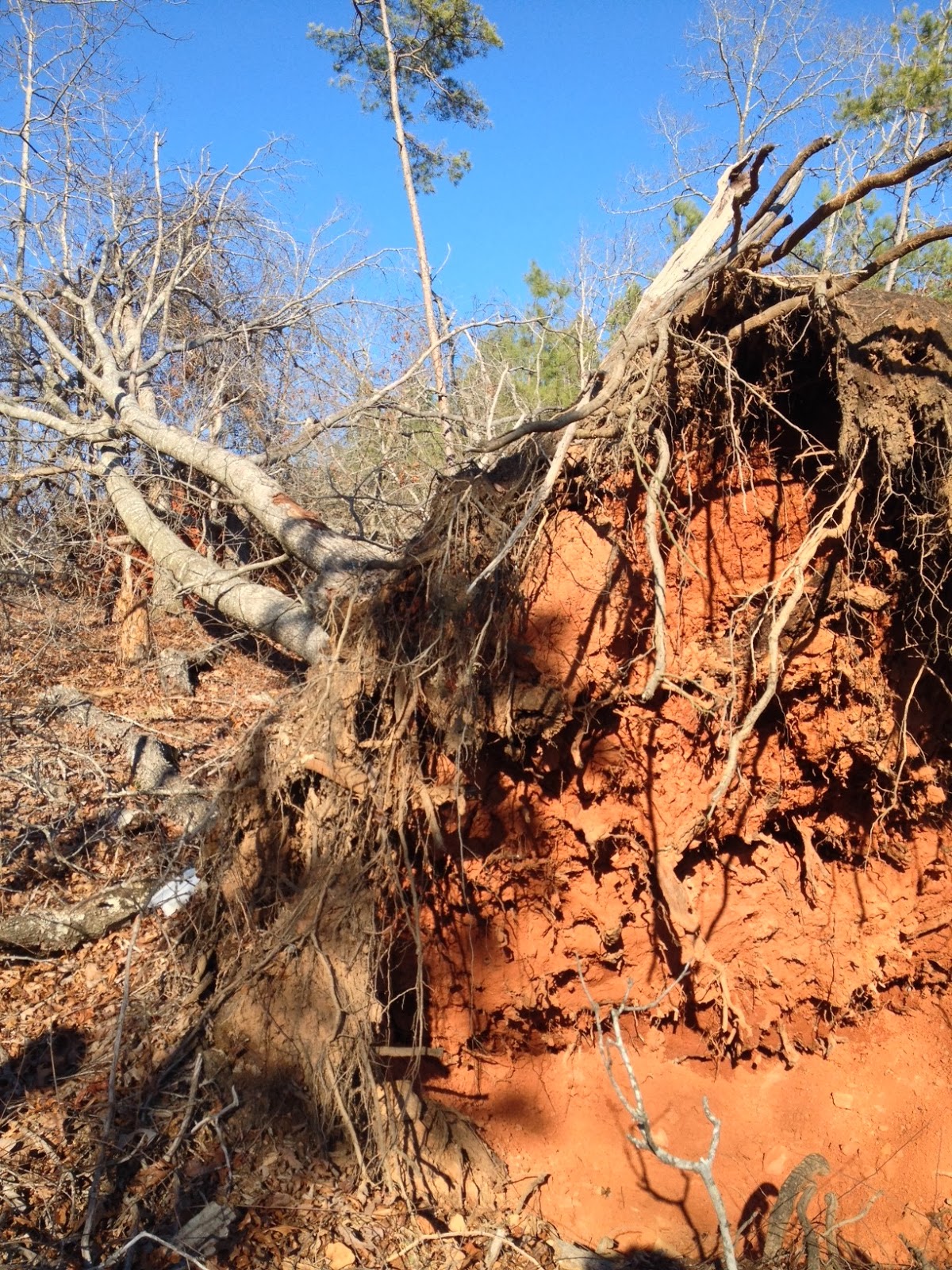 In the roots of the fallen trees were masses of dirt, wrenched free of the earth and exposed for all to see. It seemed ugly at first... like the remains of a bad wreck. But the dirt was rich... The perfect place for new life to grow. And what better place for new plants than in the woods, free of the enshrouding canopy of these Five enormous trees?

It is sad that the Five big trees fell. But it was inevitable. Because trees, like everything else, can either grow, or die. If they continue to grow, all life around them becomes stunted, receiving only what little sunlight and rain they let pass. And that's not a forest. It's just Five huge, bloated trees, taking everything for themselves.


PS. On an unrelated note (or not), there's a website I'll be posting a permanent link to in my sidebar called AuthorEarnings.com. It's very informative for anyone considering making writing their career. Go have a look at this particular post, for example, and see what I mean.

Email ThisBlogThis!Share to TwitterShare to FacebookShare to Pinterest
Labels: Refresh