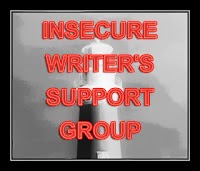 IWSG, brainchild of Alex J. Cavanaugh, occurs once a month. It exists for writers to voice their insecurities and offer advice. The official website, www.insecurewriterssupportgroup.com continues to be a priceless commodity in my studying and research. Any one interested in writing to have a look!

CassaStar was just the beginning...

The Vindicarn War is a distant memory and Byron's days of piloting Cosbolt fighters are over. He has kept the promise he made to his fallen mentor and friend - to probe space on an exploration vessel. Shuttle work is dull, but it's a free and solitary existence. The senior officer is content with his life aboard the Rennather.

The detection of alien ruins sends the exploration ship to the distant planet of Tgren. If their scientists can decipher the language, they can unlock the secrets of this device. Is it a key to the Tgren's civilization or a weapon of unimaginable power? Tensions mount as their new allies are suspicious of the Cassan's technology and strange mental abilities.

To complicate matters, the Tgrens are showing signs of mental powers themselves; the strongest of which belongs to a pilot named Athee, a woman whose skills rival Byron's unique abilities. Forced to train her mind and further develop her flying aptitude, he finds his patience strained. Add a reluctant friendship with a young scientist, and he feels invaded on every level. All Byron wanted was his privacy...

As for my own contribution to IWSG, I'm choosing to take the time I would be writing here to finally get out in the blog world and see some of you guys I've been neglecting for so long.