I'm writing this post despite that I said I wouldn't come 'round here 'gain 'til finishing the second draft (spoken like a western).

But we've already established my blog is way too cool for rules.

I was texting back and forth with my 13 year old brother the other day.  He sent me a detailed text as to why he hadn't done something he had meant to do earlier.  It stank faintly of BS.
So to his tale I replied, "I'm stoopid.  So I beleev yu."
He said, "What part of the text didn't you believe?"
This got me thinking.  I didn't know specifically.  The whole thing just felt dishonest... too many details over way too arbitrary a subject, especially from one who can't even remember bigger details like what he ate for supper the night before and who all was there at the table.
So my initial response was going to be, "I'm not going to put forth any effort determining what part of your story was true or what wasn't.  There's really no way for me to know for sure."
Instead I (like I usually do) came up with an analogy for him.  I said, "If you watch someone make a big pot of chilli and it looks delicious... but then they drop one nugget of bull crap in it, would you eat a bowl of it?  Or even a single bite?"
Of course he, being who he is, said, "I would eat the whole pot of it with my hands tied behind my back"
So I ignored and continued, "Of course not.  Despite that the chilli looks and smells great, you know there's one turd nugget in the mix and that's enough to ruin the whole pot."

By now you're grossed out.  I'm sorry.  I really do have a point.

This got me thinking even further.  I haven't pitched my first manuscript to an editor or agent yet.  But when I do, I won't consider it the first time.  I started pitching stories as a child and continued from then on, until I matured enough to recognize the value of the truth.
I pitched my first stories to my parents, after destroying something of theirs.
Then to my teacher after punching another kid in the face.
Then to the cops after... let's stop here.
My point is, each time I pitched to them a story, it was of my own creation.  I was submitting it to them to review and examine.  Some stories passed with flying colors.  Some stories crashed and burned.

Because of this I think I have adjusted my way of thinking.  We writers aren't just trying to pitch a "great book" or "good story idea" to the agent / publisher.

We're trying to convince them this story is real.

And if it isn't real for us, at least for a time, it's not going to be real for anyone else.

Dragon*Con was awesome. I would love to go back and bring friends along and dress up.  Inside the hotels (Marriot, Hyatt or the Hilton) there weren't windows so the lighting was the same, whether it was noon or midnight.  There was also only the slightest difference in how crowded the place was with oddly dressed individuals.  The effect this had was to make you absolutely lose track of time and the entire conference seemed like a long, single day...

The panels I went to were mainly for writers and some were great, some were ok.  I met several authors, including two of my favorites.  To see how accommodating and friendly these authors were toward their fans was inspiring.  I'm not naming names but one artist skipped an award ceremony to continue signing autographs instead of just getting up and leaving when time was up, like he could have.  A lady he was with walked in later carrying the trophy he had won.  He did this not begrudgingly but with a genuine smile on his face because it was for us that he was there, not himself.  Again, I was inspired.

Another author (that I semi-stalked and spoke to often and even gave an excerpt of my manuscript to) also stayed well past when he could have gotten up and left.  AND when he left panels, he didn't disappear behind an entourage or into a limo, he walked right out to his admiring fans and had impromptu signings and pictures.

When I left and came home and then went back to work the next day I was in a deep funk. I love my job.  People at my job appreciate me.  But I thoroughly don't believe it is what I was made for.  I need to create.  Need to.

Which brings me to my next point... Discipline.

What I lack is experience and discipline.  I don't mind admitting that.  And honestly I just realized while typing this that with one comes the other.

This said, I'm going to turn off the tv, facebook*, youtube, blog, website, certain emails, definitely video games, and anything else that comes up UNTIL the second draft of A Sawmill's Hope is finished.  Regardless of whether I spend a couple minutes or hours a day on any of these things, it has become enough to compromise my productivity entirely.

My heart was in the initial writing so it came easily.

It's not so much in the editing.  Therefore I'm just going to have to put forth more effort.

I will miss you all and if something crazy happens, I'll make an exception to my rule and come tell you...

Don't forget about me while I'm gone.  Hopefully I'll be back very soon... And with good news.


Anyway, enough rambling. Here's what you have been waiting for! 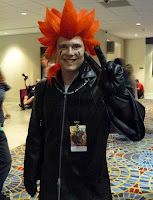 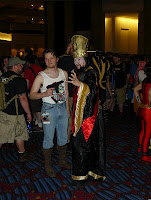 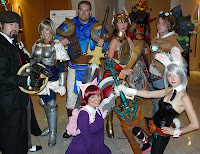 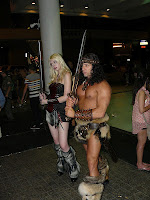 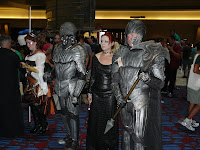 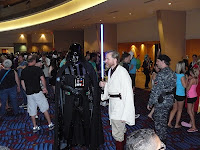 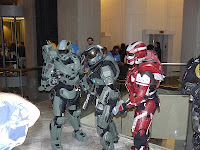 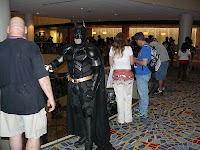 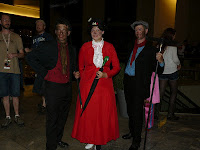 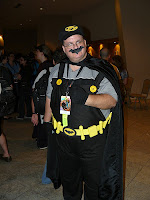 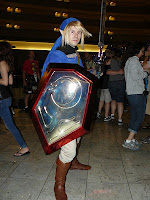 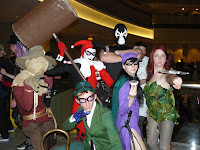 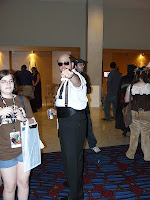 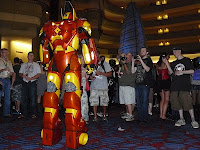 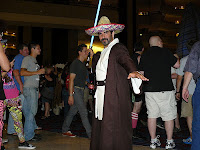 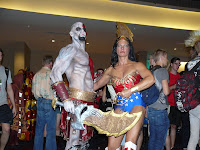 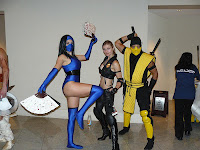 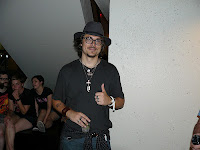 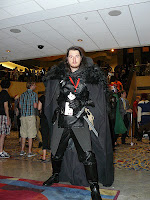 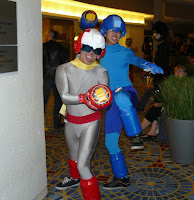 Please join me in welcoming to the stage...

Please go have a look-see!

In other news, I'm between day two and three of Dragon*Con; meeting fellow fantasy enthusiasts, authors, editors and all other sorts (check back soon for pictures).  My feet hurt from walking what has to have been miles and miles and my shoulder hurts from carrying this bag around all over the place.  Also I'm missing boyo and wife.
Aside from that, it's awesome... Especially that I met R.A. Salvatore, Brandon Sanderson and Gandalf.
I must mention that Gandalf was sitting at the end of a row of chairs during the opening ceremony.  There were empty chairs beyond him so I couldn't help myself.
I said, "Excuse me, do you mind if I pass?"
He said, "Of course not!  I'm Gandalf the White!  Gandalf the Grey would have minded."
:)