Stay in mountains... Plus a challenge to you

Last year my family and I stayed in a cabin in the mountains for a few days.  And by last year I mean two and a half years ago. 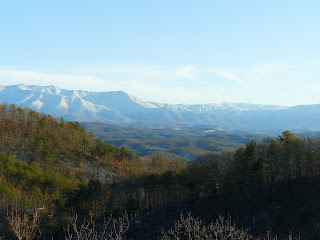 This is view from cabin.  It is indeed epic. 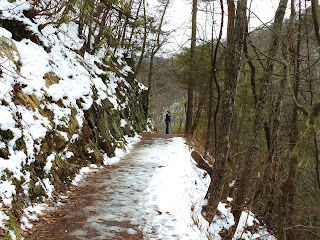 This is wife from a distance.  I'm not one for 'say cheese'... more like 'make a story from this photo.' (not to be confused with 'Look at this photograph!') 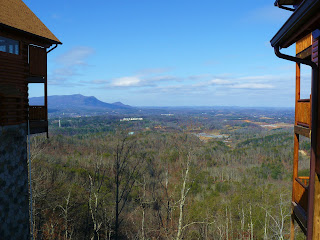 View from between cabins.  That's ours on the left. 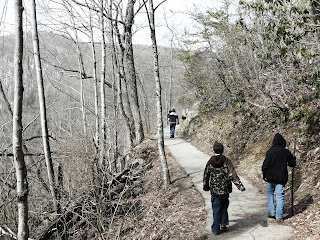 Donavon in camo, Evan to his right.  Sarah in the distance.  This picture just reminded me of the fellowship attempting to pass over the mountains before entering Khazad Dum. 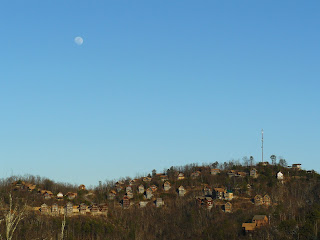 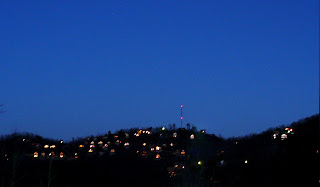 Distant hill by night... Moon has gone to chase the sun. 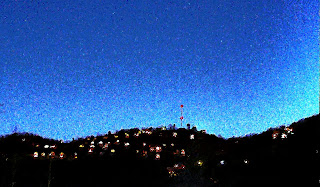 Same hill by night... this time in an effort on my part to be Van Gogh!  (thanks, photoshop) 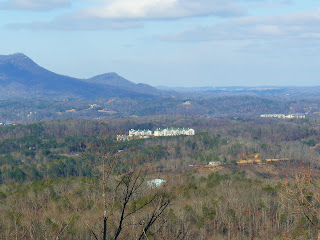 Off the other side of the mountain. 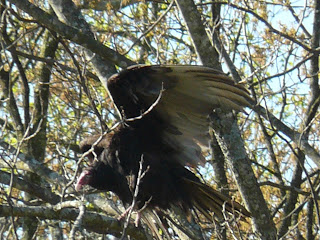 I'm slightly infatuated with vultures.  They're intriguing...  most of us run from death. 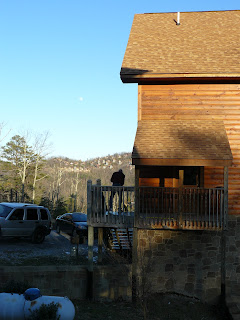 'father cleaning snow from stair, lest falling death should happen there'

Ok, to be honest, the main reason I wanted to talk about this trip is to start a movement for you vacationers.
Within our cabin was a guest book.  Within it were countless entries... You know the sort.  Everything from 'Pookie behaved well while we went to (insert tourist locale); she didn't pee on the carpet or chew the windowsill!'
to
'I hate this cabin!  The clicker wouldn't work and the hot tub wasn't hot enough...'

You get the idea.  I found the entries to be quite worthless... speakly purely of entertainment value, that is,  so I took it upon myself to remedy the situation.

Mind you, this is before I realized I was an author in training.

It started like this.  (there's no way I'll remember the exact words but here's trying)

"Day 32 of the great blizzard.
The roads are still iced over but that's not news.  I've forgotten the sound of cars... and nearly the taste of food.  Josh snuck the last can of tuna while we slept.  I thought Morgan was going to kill him when she found out.  She beat him until he was still then grew tired and went back to sit and stare out the window.  I recognize that look... having now watched three people starve to death.
Kevin is gone, I'm afraid... Not dead... He's locked himself in the basement closet.  Eating the Christmas decorations and arguing amongst himself...  His curses echo up from the darkness and remind us to be thankful for our sanity, if nothing else..."

The plot thickened, people died, and of course the main character goes crazy.  He plans to seduce the only other survivor into lowering her guard so he can kill and eat her.  Unfortunately, he gives himself away talking in his sleep.
By the time I was done writing, the general consensus of my family was that the subject matter perhaps was a little heavy (despite that Evan and Donavon loved it).  So I tore out the pages I had written and hid them behind a loose panel in the wall, offering only a hint in the guest book of their location.

Will anyone ever read it?  Who knows.  Would I like to read it again?  I'd love to.

Regardless, I urge you all to introduce creativity to guestbooks!  Clearly any genre is welcomed!  I go on far too few vacations to attempt this single-handedly so I'll need your help!
If you have already done this, not only are you my hero but I want to hear about it!